Be a Sponge: Humor Lives Inside Your Characters 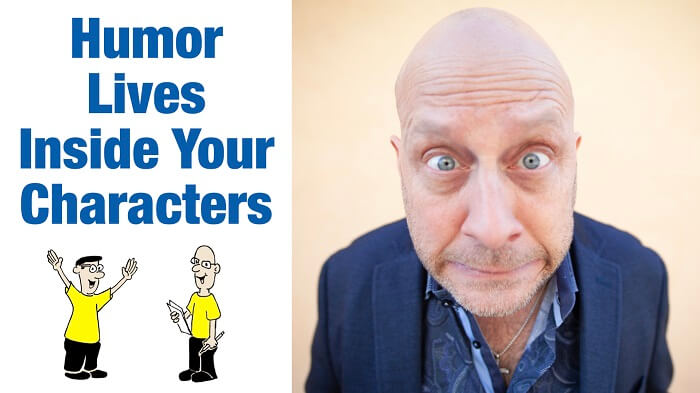 Do you wish you were funnier? Want more laughs in your presentations? Ever wonder why some speakers have amazing stories that are hysterical? When Craig Valentine and I were leading our Storytelling Boot Camp we talked about the fact that some speakers have amazing stories, and most speakers are secretly jealous of them. They’re thinking, “Why doesn’t something like that happen to me?!”

It does. They do. Most speakers just see the end result and do not realize it started with just an idea, or a nugget of a story that happened just as it does to all of us. The only difference is, the amazing story was developed. It was taken through a process of which most speakers are unaware.

Humor in speaking is not about telling jokes. The heart of speaking is the story. Your characters breathe life into your stories. Humor lives inside your characters. This is where speakers need to look to make their stories funnier. Just one aspect of what I teach at the Humor Boot Camp® is running your story through my Humor Mill.

If you think about a TV sit com… it’s a “situation comedy.” The humor comes from well-developed characters put into ironic situations. One of the classic movie plots is: fish out of water. What movies do you know that have that premise?

If you’re an Austin Powers fan, think about when Dr. Evil was “unfrozen” years later. He demanded one million dollars, or he would blow up the world. Everyone laughed at him because the ransom he was requesting was so small (though it was a great deal of money back when he was frozen.)

I remember Patricia Fripp watching me deliver my classic valet story that helped me win my regional speech contest. I’ve been telling it for year; it is very funny and makes a great point. She suggested that I take one of the characters (the meeting planner) and make her a six-foot Amazon woman. It was a brilliant idea! Though I don’t remember the woman exactly, it made the emotions of the character (me) more real and the story more memorable. That, in turn, makes the point more memorable, as well.

When developing a story, ask yourself, “What are the important character traits that the audience must know in order to make this story more interesting?” Then ask, “What can I do to the ‘situation’ in the story to make it more incongruous to the characters?”

I used to tell a story that’s on my Just for Laffs program about getting dumped by an ex-girlfriend and trying to hold it together while traveling home. I met the ticket agent at the airport, and she was apparently having a bad day as well. Not a good combination. I don’t remember if there was a line of people behind me at the time; but when I told the story, I embellished it and made it a very long line. It makes the situation “funnier” and enhances the emotions conveyed in the story.

What stories do you already tell that you can revisit? Will you look at your characters? How about the situation they find themselves in?

What is the Humor Boot Camp®?:

P.S. Wanna join me at Humor Boot Camp? Who do you know, that should know about it?