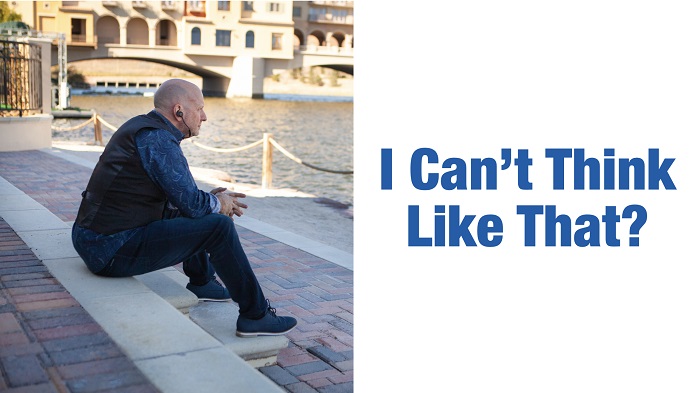 When was the last time you heard a story when what someone in that story did, just shocked you? Why would they do that? It makes no sense to you. It puzzles you. What’s the lesson for us? Let’s find out.

A while back I was leading a webinar with my coach, World Champion Speaker, Mark Brown. I had heard many of his stories and love hearing them every time he tells them. On this webinar though, there was a new story. Mark said that in 1994, after not placing in the World Championship of Public Speaking, he had to console his son. As he was doing so, a man walked up to him, and his name was David Brooks. David had won the contest back in 1990. After carefully saying hello during this tender father and son moment, David handed Mark his card and offered to help if he was open to coaching and mentoring. 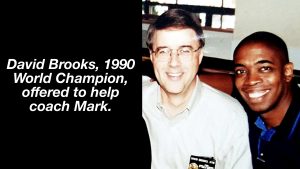 The next day as soon as Mark landed, drove home, and put his bags down, he called David to ask for help. He said, “David, this is Mark Brown do you remember me?” David replied, “Mark, I met you yesterday.” It cracks me up every time I hear that. This started a year-long mentoring relationship that culminated in Mark’s victory winning in the 1995 World Championship contest. That part of the story I had heard before.

On the webinar, Mark continued and said he later found out that David Brooks had given that same offer to all eight speech contestant finalists. Not only that, but Mark was the only one who took David up on his offer. What? None of the other eight finalists made it back to the big stage either. Wow, seriously! When someone is where you want to be and offers advice, why not take them up on it? That seems crazy to me! I’m not sure why none of them did but I’d love to know. 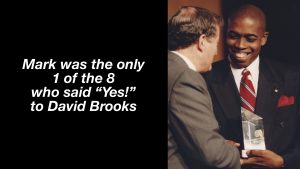 Did they think they didn’t need the help? Did they think they made it once, so they could do it again on their own? Honestly, I can’t fathom that. Well, now that I had the experience of being coached by Mark and knowing how much I needed the help it is shocking. Whether it was ego or overconfidence, I’ll never know. The truth is, none of them made it back to that level again. What were they thinking?

There was a time, however, when I did think that way and believed I was good enough already. I thought if Mark could just give me a couple tiny tweaks, I would be amazing. Boy was I wrong!

Let me give you another example of my thinking problem. It was the day before the speech contest back in 2001. I was walking through the Marriott convention hotel in Anaheim, California. I noticed a sign that said, “Massage $79.” My very first thought was, $79? Who would pay that? Now, you have to understand where I was in my life back then. After my devastating business failure, I was forced to live at home with my parents to dig out of that debt and my college loans. I was thirty-four years old and scratching and scraping for dollars as I pursued my dream of becoming a professional speaker.

After taking a few more steps past the sign in the hallway, I stopped. Another thought popped into my head. I’m not sure where it came from. It may have been the years of constant listening to motivational recordings. Knowing I needed to work on my own limited thinking, I asked myself a question, “What would a Champion do?”

As I started processing this idea, it became clear. If I’m about to give the biggest speech of my life under the most pressure of my life, a champion would do whatever it takes. Relaxing my body and mind were critical to performance the next day. In my mind, the $79 just became an investment. The question helped me to think like a world-class speaker. The question helped me with an identity shift.