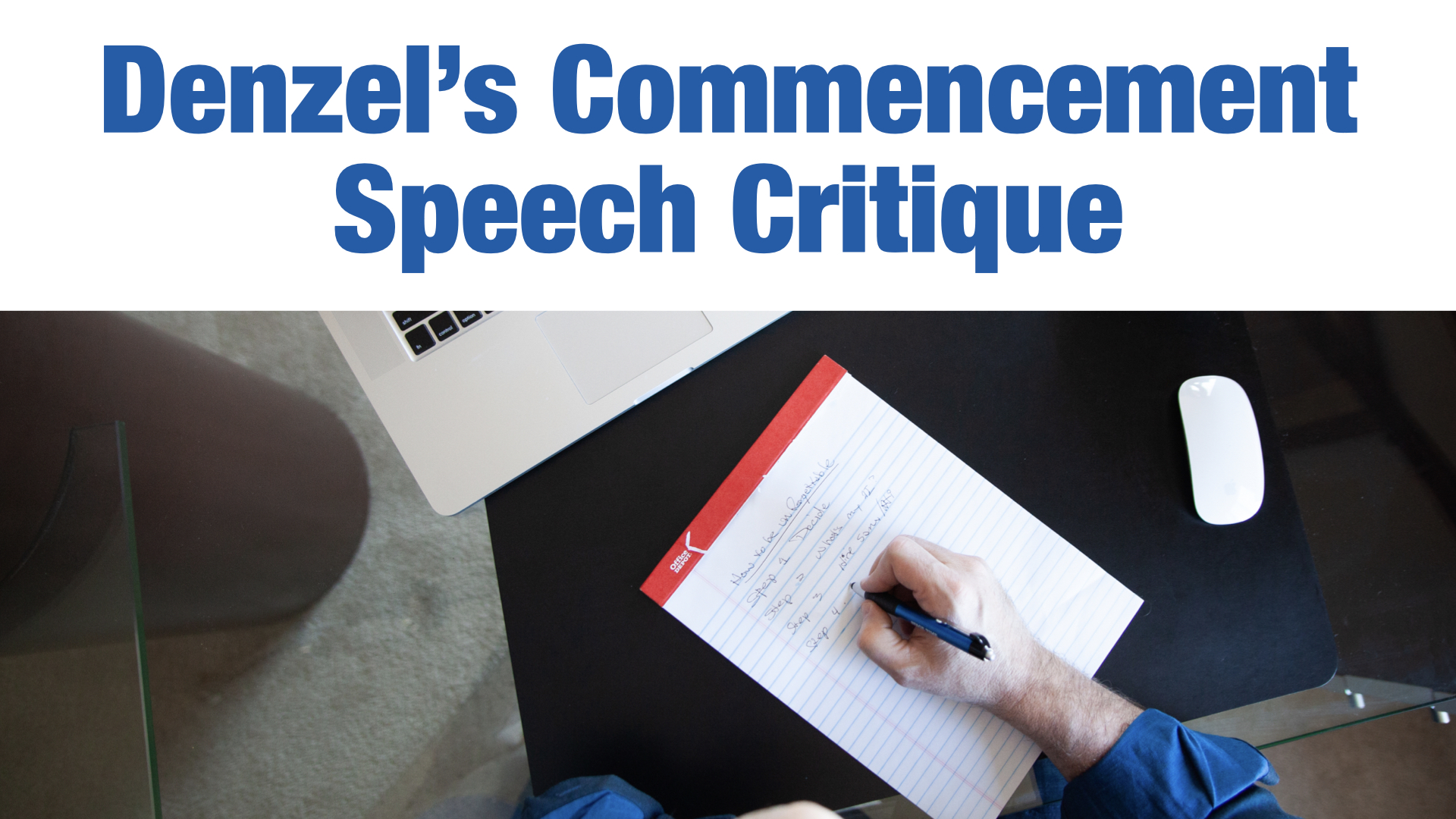 What would a speech coach say?

First, let me say that this is Denzel Washington. He’s a movie star and not a professional speaker. He’s a celebrity brought in to give an inspiring commencement speech. Just having Denzel show up at your graduation would be inspiring in and of itself. I think it is very cool that he delivered it.

Also, it is very easy for me or anyone to critique as an after the fact. I have no idea if Denzel had a speech coach or not. I have no idea how much he prepared.  I’m just watching along with the other 500,000 viewers just like you. And, I am a huge fan of his. I felt it might be educational for you to see this speech critiqued.

Make no mistake. They loved him. It was good. I think he could have easily cut a few things, and a few enhancements would have made it even more memorable. Remember, it is easy for me to sit back and be a critic. These are the same principles we teach at Stage Time University and coach presenters during our weekly coaching calls.

If you like this format, let me know, and I’ll critique a couple more. I hope the specificity shows you how you can make your speeches even better.

This 8-minute speech of his, I love: