Who were your heroes growing up? Who influenced you throughout your life? Did you ever feel betrayed? Having a role model fall from grace can deflate our hope.

I remember having to write a book report in my youth. I was sitting in the Auburn Public Library 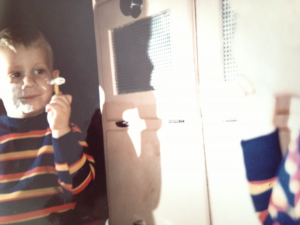 trying to find a book that captured my attention. I opened up a book about a boy who, at the age of two, had contracted rickets. The disease left him pigeon-toed and bow-legged. In fact, he had to wear a pair of shoes connected by an iron bar. Wow! I did, too, although I was born with a club foot, not rickets. I, too, had to wear shoes connected by an iron bar. I sat stunned, and slowly my heart filled with hope. I had felt as if I could never be successful. The little boy, Orenthal James Simpson, grew up to be one of the greatest running backs in NFL history. “Maybe I could be someone,” I thought. Despite all that has happened, I am still grateful as a young boy that I read that book. In that moment, he was my hero, and his story changed my belief of what could be possible for my life.

As a youngster I can also still remember sitting in my mom’s basement listening to Bill Cosby’s story of the chicken heart on an LP album. He was a comedy legend. When I started my career in stand-up comedy, I studied Robin Williams and Steven Wright, but in the back of my mind, I was always inspired by the “clean comedy” of Bill Cosby. He was proof that you did not have to use bad language to be funny. I also heard a story from a speaker’s bureau owner who told me that Bill Cosby had started by performing for free at colleges and selling his cassettes in the back of the room. His comedy and humble beginning were inspiring examples. They influenced my thoughts and actions.

Both Bill and O.J. have fallen from “hero status” in the public eye. We are never finished influencing people with the lives we lead. Good deeds of the past are good, but how are you living your life today? Decisions you and I make every day can either enhance our influence or hurt it. How do you keep yourself in check?

Mentors aren’t perfect. Role models aren’t perfect. You and I aren’t perfect. We all think we are good, and we would never dream of doing some of the things we hear about in the news. It is horrible. There is no excuse. I’m reminding myself also not to “cast the first stone.” You and I can learn from this. What if the people who look up to us knew everything we ever did? Would we deserve the influence we have?
It is not the speech that we give; it is the life that we live.

We can learn from other people’s experiences. People close to us are watching our actions more closely than the words they hear us say. We can’t change the past, but we can ask those whom we have wronged for forgiveness. We can re-connect to those from whom we have been distant. Maybe they need us to make the first move. Write a letter, if you feel it might help you or someone in your life.

You and I have an opportunity to influence those around us by our example. Thank you, O.J. and Bill, for examples of what to do and what not to do. I remember being at a Toastmasters conference watching the “white Bronco slow car chase” in disbelief and denial. I would never want to give that feeling to anyone who looked up to me.

As we start this New Year, be thankful for the people who have helped you, even if later on they have wronged you. Maybe they now need your help. I love the question one of my best friends, Craig, asks himself each night: “If my life were a movie, would I like the main character?” That is deep. Here is the kicker: what if we not only saw your movie, but we also saw everything you do? That’s something for us to consider as we recommit to a new beginning for this New Year. Think of your day today. Would you like the main character of today’s movie? Tomorrow is a new day too. How can you live a better movie, even if no one is watching? Remember: People notice more than you think, and you see everything.