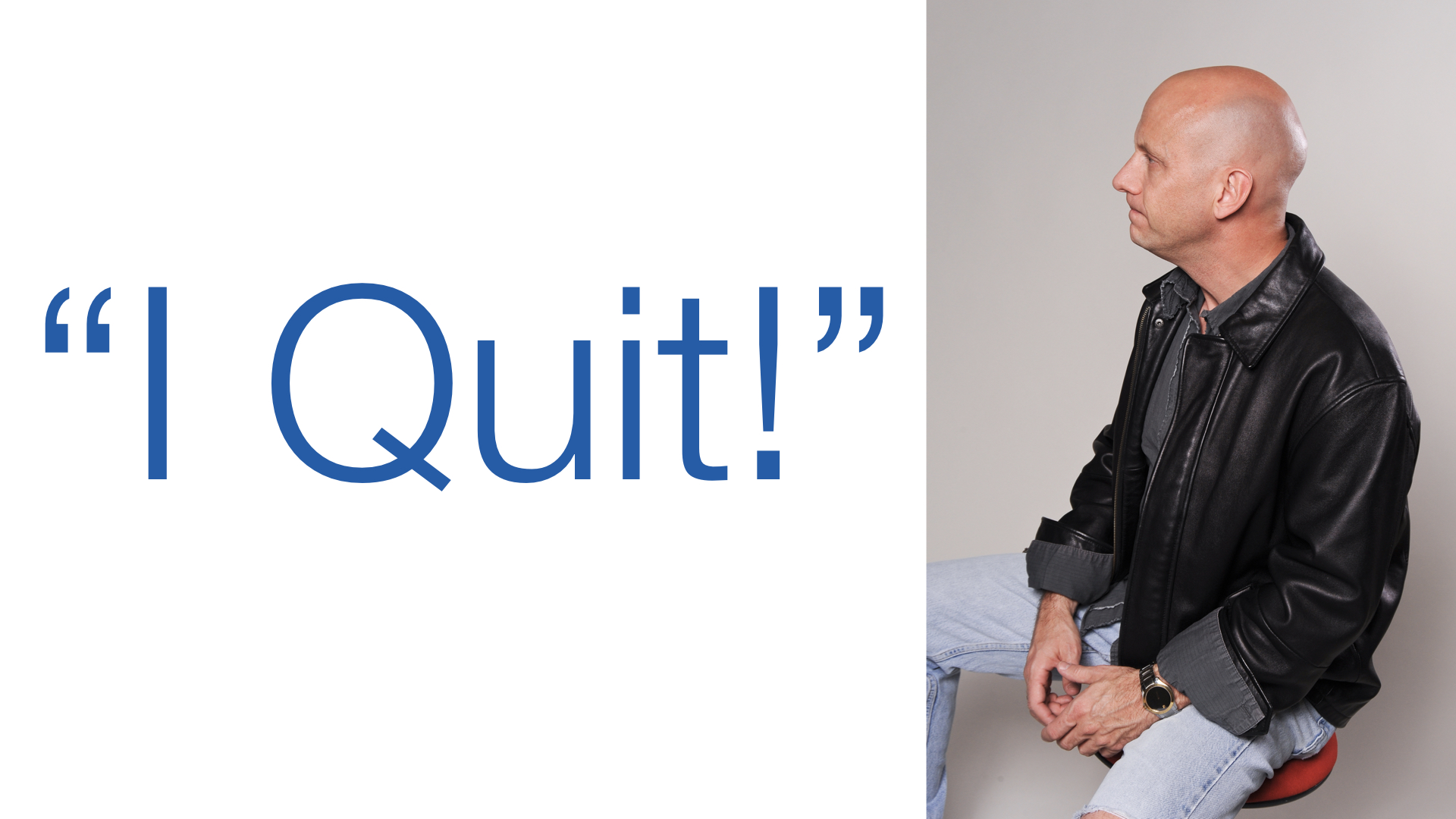 It was 1993. I had been working hard on my comedy act for a year and a half. I had been getting as much stage time as humanly possible given my wannabe level and the amount of open mic nights in the New England. Progress was happening, but it was oh so slow. I had to celebrate the tiny little advances I was making because to me they were glimmers of hope. A couple of my jokes, like the joke about my failed sub shop, were consistently getting a couple chuckles though not true big laughs yet.

By most people’s standards I was not even doing well. No one would really say that they saw my potential. Not even me. I trusted my mentors. To an outsider, they would have said, “Don’t give up your day job.” I knew I wasn’t going to be giving up my day job any time soon, but I also wasn’t going to give up on my dream either.

I remember clearly, sitting in the back of the Comedy Connection with Vinnie at an open mic night. He had his classic confidence, black leather jacket and smoking his cigarette with his classic “all knowing” look. He observed the audience and everything that was happening in the room. Vinnie never missed a thing. He knew people and seemed to have this gift of looking right into them. I was always glad to be around him. He was my rock. He gave me hope. When I was around him I truly felt like anything was possible. I went up on stage and did my five minutes and got few chuckles and snickers. I felt good about it. I knew no one from The Tonight Show was going to discover me at this point, but I secretly hoped they would. Ah, ignorance was bliss.

Then it happened. A tall, slender, dark-haired, good-looking kid went up on stage for his very first time. He killed it! The audience was slapping the table and holding their guts as the laughter filled the comedy club air. It was really cool to see. Here’s a guy who was on stage for the first time and the audience loved him. Wait… His first-time on stage and he rocks the house? I’ve been doing this a year and a half. I’ve been following Vinnie’s advice. I’ve been making countless drives for my five minutes of stage time in front at open mic night in front of six people in the back of bowling allies and Chinese restaurants. I’ve taken all the classes I could. The little muscle in the back of my neck let go and I looked up disgusted with myself and my pipe dream. Are you kidding me! I’m done! I guess I just ain’t cut out for this. I said to myself, “I quit!”

I turned to Vinnie in desperation, “How do you know who is going to make it?” What I was really asking him was, did I have a chance or was I just wasting my time? I had to know. I felt that the pain I was going through just wasn’t worth it. He turned to me and said, “It’s simple; whoever keeps going.” Brilliant, though I did not know the wisdom in his statement at the time. He told me that it was this guy’s first night, it was a good crowd and his friends were there. Come back next week when it’s not a great crowd and his buddies aren’t there. Remember that, whoever keeps going.

Sometimes there is a curse of an amazing first time at anything. If it is magical your first time, it can be hard to reproduce at the beginning of learning anything new. Often those expectations are hard to live up to. I, and many dreams, are blessed with just a tiny little bit of success that shows us that success is possible if we focus and grow. I know of others that had that amazing first night and then quit after their second or third effort. It can kill a career even before it is started.

Then Vinnie took a puff of his cigarette, cocked his head to the side and said, “I notice you’ve been working hard on that stage time thing. I like that. I’m a headline comedian; I play all of the best show rooms in New England. I’m going to give you a guest spot wherever I play.”

What? You don’t understand. At the beginning of your career, you don’t get to play the big comedy show rooms with the big stage, spotlights and hundred people laughing and drinking. Nope, at the beginning you are doing open mic nights in the back of a Chinese Restaurant standing on a milk crate trying to speak over the TV that is on at the bar and there are six people in the audience. That is tough. Vinnie just offered me gold! I was instantly excited and inspired again. My hard work and dedication was being noticed by my mentor. He must think I have potential! Otherwise, why would he help me?

Then Vinnie leaned in and got right up in my face and got very stern. He said, “But let me tell you something. If you ever, ever turn down stage time I will never help you again.” Ouch! Something changed in my head in that moment. After that fully sunk in, I was never the same. Now, though I was scared to go up, I lived in fear that Vinnie would find out. Now those times I was afraid to go up on stage, I was more afraid that Vinnie would find out. I never turned down stage time.

Stage time varies from industry to industry and dream to dream. As the dreamer we have to discover what habit it is that we need to commit to. Find out. It’s usually going to be something most others are not willing to do or at times something that is very uncomfortable.

We all have our own journey. Be careful not to compare yours to someone else’s as I had done that night. You are on your own path with your own background, insecurities and obstacles. What Vinnie noticed was not that I was doing well, but that I was doing. He could clearly see that. To a mentor, doing with the right intention is what truly matters. I saw other comedians starting out who would do that stage time, yet never change their act. They never studied their own experience to make it better. As a result, that stayed at the level they were at. Hey, it’s scary to stretch, but we need to make it scarier not to.

What lessons did I learn?

√ Celebrate even your tiny advances. They are glimmers of hope.

√ Doing with the right intention is what truly matters.

√ Be careful not to compare yours to someone else’s. You are on different paths.

√ Mentors notice hard work and dedication. That’s why they want to help.

√ It’s scary to stretch, but we need to make it scarier not to.

What did you take away?

Want to give unforgettable presentations?