Be a Sponge: Your Net? 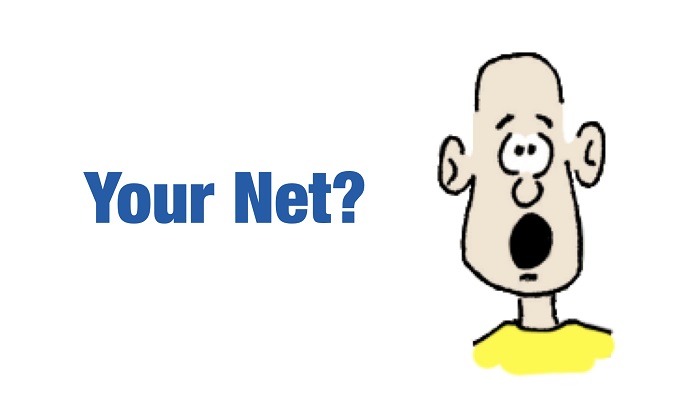 May 25th, 1961 President John F. Kennedy said, “I believe that this nation should commit itself to achieving the goal, before this decade is out, of landing a man on the moon and returning him safely to the earth.”

For me, winning the World Championship was a true miracle from above, but that was not my goal. That was not why I originally entered the speech contest. It was to apply the advice from my mentor, Fitzy, and be so good as a speaker that someone would pay to have me speak. My goal was to be a full-time professional speaker. I got the rocket to the moon, but my goal was not yet complete. I can still hear Vinnie saying that first night in 1992, “Don’t quit your day job.”

It was mid-October, just over a month after September 11th, 2001, and almost two months after I had won the World Championship. The country, though never the same, was starting to heal. Many were on a mission to find reasons, while others were trying to right a wrong. People were barely beginning to look at their own lives again and find a way to cope with the new normal.

I was sitting in my cube, going through the motions. I was trying to sort out what I could possibly do now. Now that I was in debt again, the meetings world in the U.S. had come to a screeching halt, and I sat at my desk, the dreamer with hopes dashed. I look back now and think that it might have been easier to cope had I not won. Yes, there would have been some disappointment, but I would not be another $12,000 in debt from hiring a publicist to launch my career.

I got an unexpected phone call. It was from Dave McIhenny’s son. The son of the only man in the room, more excited than me and my mom, about my victory. Why? Dave had dreamed of winning the World Championship of Public Speaking and strove for it many times. In fact, he was one step away and admitted he could not handle the pressure and had a few drinks to calm his nerves before he went up on stage to compete. He didn’t make it. As one of my coaches, he achieved his big dream and could not have been happier.

By the sober tone of Dave’s son’s voice, though shocked, I knew what he was going to say. Dave had passed away in the night. He was calling to let me know and ask if I would speak at his service. Wow. Ouch! What do you say about a guy who had brought me to the greatest accomplishment of my life? That forced me to reflect deeply. What am I doing?

A few days later, my friend Brad, a fellow Toastmaster and coworker at Bose, stepped up to my cube. I think Brad was even the one who had the sign made over my cube. Brad was a quiet guy and was always gentle and kind.  When I finished the sales call that I was on, I stood up, and he asked me a question. Brad asked, “Darren, when are you going to quit Bose and become a full-time professional speaker?” Wow, I wish I could today, but I can’t, maybe in January. Brad calmly reminded me that I had been saying that for four years. I kept saying. “I’ll quit and go full-time in January.” I didn’t feel I had enough income to support myself yet.

You see, I wanted to have a wife, family, and house first. My job as a telemarketer was perfect for pursuing my dream. It gave me full benefits and a very flexible schedule. It allowed me to change my hours, go and give speeches and come back and work the rest of the week. As long as I got my thirty hours in, I was fine. I got a consistent paycheck and benefits! It literally allowed me to go for my dream.

I told Brad, “I can’t yet. Bose is my safety net.” Brad sincerely replied, “Bose isn’t your safety net. It’s your dragnet.” Ouch! Wow, his comment hit me right between the eyes and sat me back in my chair.

As I reflected, I considered what my dream job would be at Bose? I would be the marketing manager for one of their signature products. When I thought about holding that position, I was not excited. In fact, it gave me tremendous clarity. When I thought about the wife, family, and house, I realized with those would come even more income requirement and pressure. The exact reason I wasn’t quitting was the same reason I should quit now before I had those responsibilities. When I thought about losing Dave Fitzgerald, Dave McIlhenny, and the gravity of 9-11, I realized that if I don’t walk out now, I never will. If I’m spending thirty hours a week selling the Bose music system, what if I took those same thirty hours and sold me?

I had to dig down for the courage I had when I first decided to try standup comedy. I realized I am the CEO of my dream. Only I can quit or have courage and faith. I walked into my boss’s office and gave him a one-week notice. I also knew they’d ask me to leave early, and they did.

In many ways, it was crazy and ridiculous. I did not have enough income in the bank. I just had faith, courage, and a dream. When I told my friends of my plan, they asked me what they could do to help. I asked them to save me a place at the dinner table because I might not have enough money to eat. I meant it! I gave myself one year to live on next to nothing and go and speak anywhere and everywhere for free and offer my book and audio program in the back of the room. When I look back on that day, I get choked up, and I admire the courage I had that day.

The following week I became that infant who just looked forward to what he wanted and crawled forward. I zig-zagged in between the office cubicles carrying my box of stuff from my desk. Probably the most important thing I brought with me was the inspirational quotes that stared back at me every day and reminded me I could, when most of the world was shouting, “You can’t!”

The quote over my bed at home said, “If it’s to be, it’s up to me.” It was partially correct, well, God and me. Though it was not even close to how I envisioned it, now the dream was actually complete.

Is your safety net actually your dragnet? There will never be a perfect time.

Reminder: You are the CEO of your dream.