Be a Sponge: YOUR MOMENT OF AWE 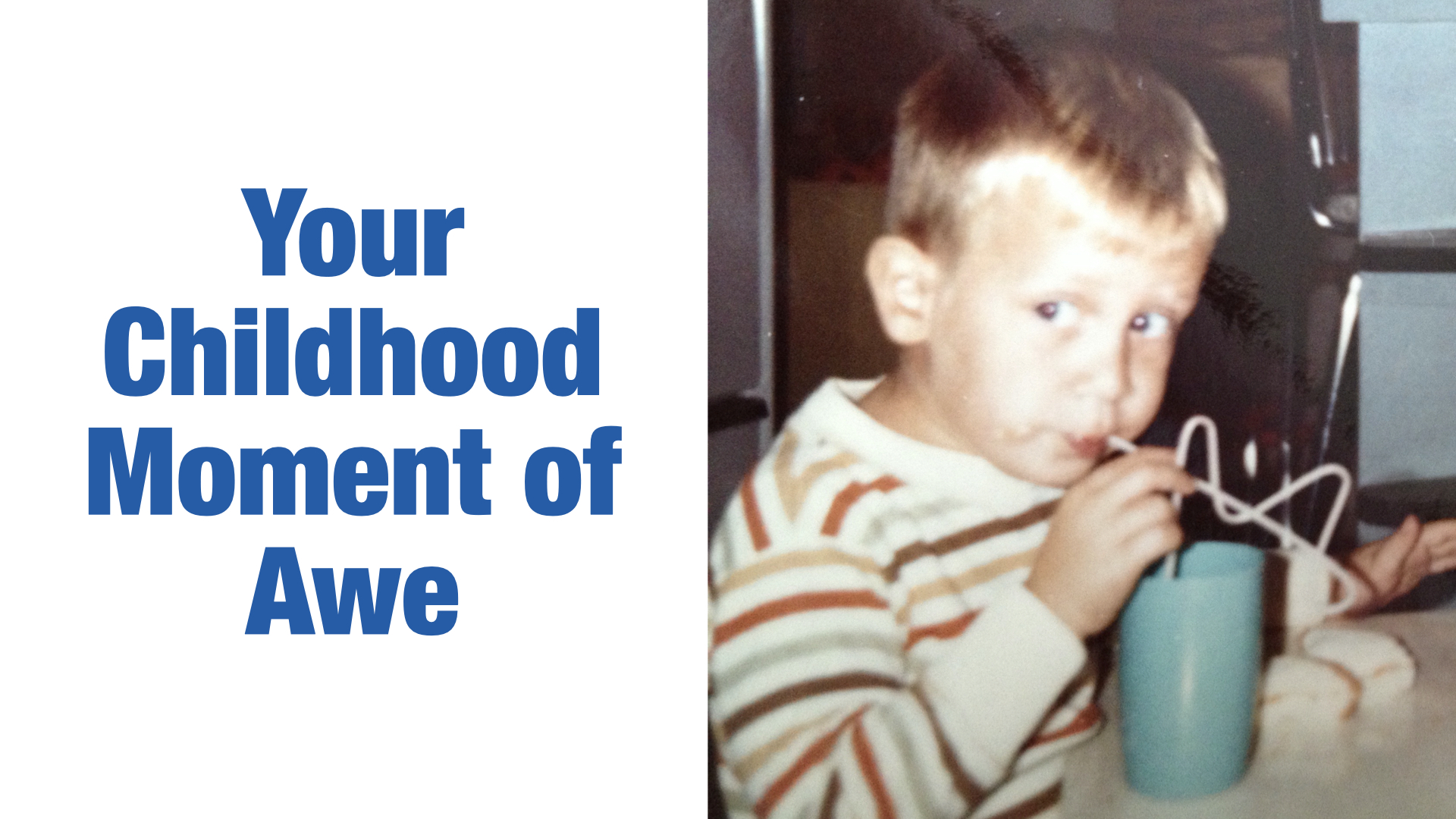 We all have moments of wonder as a youngster. We can easily be impressed. Did you ever notice the memories that stick with us, good and bad, are the ones connected with a deep emotion? That emotional memory peg is why we remember the moment. It becomes etched in your brain forever and can be triggered often as well.

What was the moment when you made your life changing-decisions? Were some of them your “enough is enough” moment? Maybe there was a moment when you saw someone shine in so much greatness that you thought, “I want to be like that someday!”?  I think we all have. Take a few moments to reflect on your youth. Who were your heroes? What were the moments that made them your hero? What were they doing? What did you see or hear? What did they accomplish? Was it the way they said something?

Because of my club foot and weak ankle, I later found out the expensive cost of equipment. I also learned that hockey was a sport that was out of the question for me. Baseball and football were the sports I gravitated towards. My big brother, David, was running back on the local high school football team. I really looked up to him. When I first started watching football games as a youngster, they were quite boring. Growing up in New England, I eventually became a big Patriots fan, but they didn’t win very much back then. Making the playoffs alone was a big deal. They often did not have a winning record, but I grew to love the game, even though I was kind of wimpy and not very talented.

In 1977, Walter Payton set the NFL single-game rushing record with 275 yards, and I remember vividly watching an NFL Films video where they honored #34, Walter Payton. I remember being transfixed and almost being at one with the T.V. screen. I was locked in! Walter Payton had broken a record, and they created a tribute to him. They showed him in slow motion being on the field, jumping over defenders, around defenders, and bowling over those who tried to tackle him. As he seemed two steps ahead of everyone else on the field, the James Bond theme, Nobody Does It Better by Carly Simon, played. The lyrics, “Nobody does it half as good as you baby you’re the best,” went deep into me.

I felt like I was watching it in slow motion. I was indeed in awe. They called Walter Payton “Sweetness.” I thought to be the very best at something would be amazing. What an incredible accomplishment. No one half as good as you? Wow! I knew somehow that was not me, but how cool would that be? Well, maybe I’ll just dream about it.

Back then, I was a dreamer. I was not a doer. I did not believe amazing things would be possible for me, but people were in awe of me in my little fantasy world. In my daydreams, it was a beautiful place. I could enjoy the feeling of accomplishment without actually doing the work. It’s cool to dream, but my flaw was thinking someone would hand me the result. Honestly, I can see it was a bit of entitlement.

Well, it was just a daydream. You can’t fault a kid for dreaming, right? Nope! You can’t, but a dream without the reality behind it can be dangerous. They showed Walter Payton’s accomplishment, but I don’t remember seeing the hard work part in the video. If they showed it, it did not register.

The feeling that young Darren had watching Sweetness be a step ahead of everyone else on the field stuck with me. It sincerely was an awe-filled experience. I feel we need those moments when we are young. We need the dream to keep us moving when the boredom and bullying seem to be too much to bear.

The two problems I see with this moment was witnessing the end-result and dismissing the work and talent it took. I think if I did know the work behind that moment, it might have taken off the glowing of the moment. I think if I had seen the stories of the others who worked as hard or harder than Walter and didn’t become the best, that too would have crushed my dreams. The second problem I see now with that moment was not believing I could be great. Not thinking I could be the best at something. Anything! I’m sad and glad thinking about it. I’m no psychologist, but this did factor into me being the underdog. I’m glad it went down the way it did. It was perfect in its imperfection.

Be a Sponge: YOUR UNDERDOG BACKSTORY
February 22, 2021