Be a Sponge: When was the last time you thought, “Why Me?” 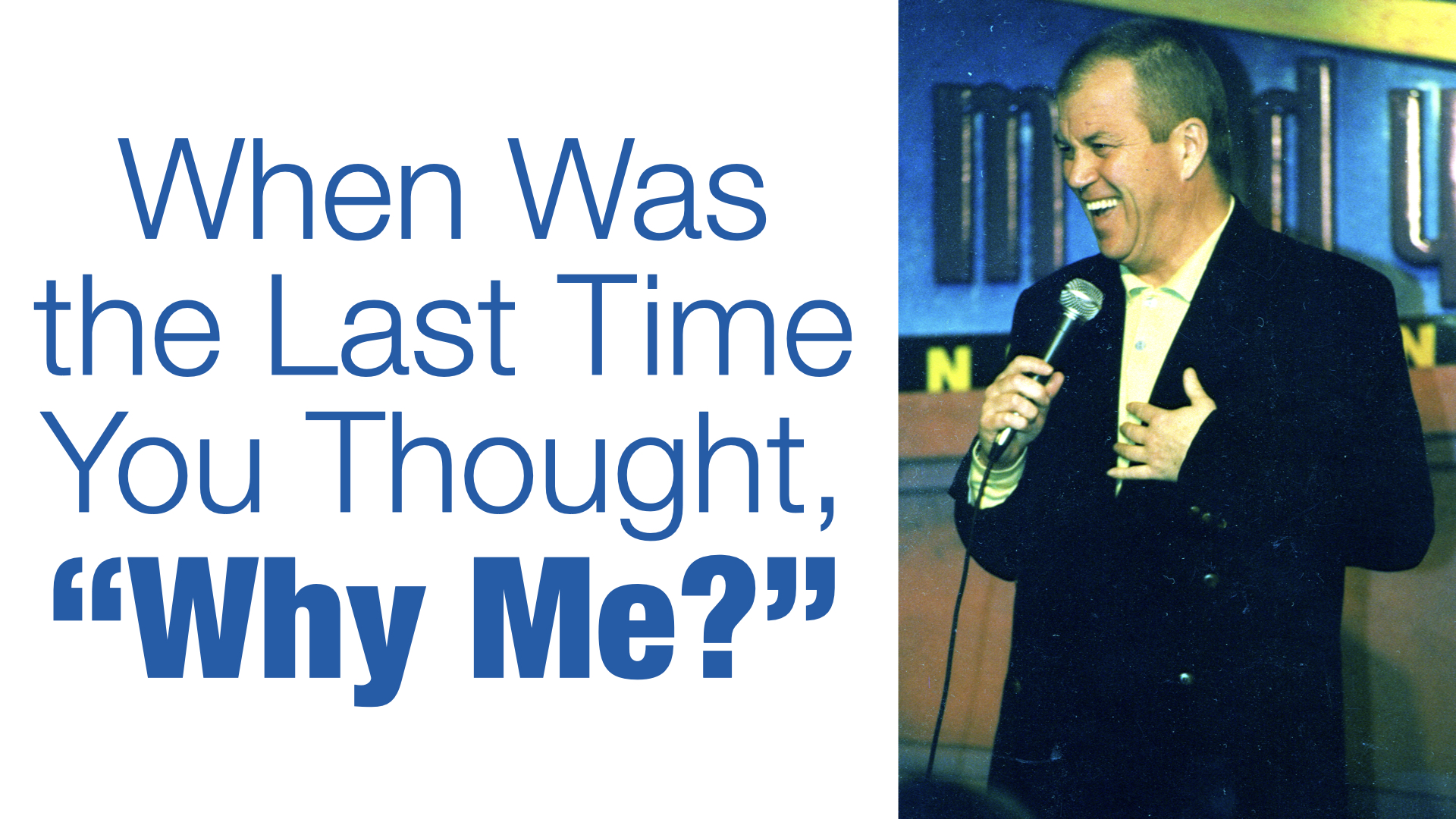 When was the last time you thought, “Why me?” Maybe it was, “Why us?” Or “Why now?” You are not alone. Often, we are correct. It’s not fair, especially with all of this craziness going on. Even the Bible tells believers that we will have troubles.

It was 1998, and it was one of the coolest days of my young career. It was a gorgeous laughter-filled day in New England. I was teaming up my mentors Rick Segel and Dave Fitzgerald, for a photo shoot to help start our new company, The Humor Institute, Inc. We had so much fun, and the future looked awesome. We would work with my best friend and help people to get more laughs in their presentations.

Later that week, I found out that Dave, a mentor, and best friend, had gone to the doctor’s office right from the photo shoot. He was told by the doctor, “Dave, you have bladder cancer.” Ouch. Unbeknownst to Rick and I, Dave had symptoms for almost a year, but as many guys do, he ignored them until finally, he could not.

The next time I was with Dave, oddly enough, I did not know exactly what to say. I felt him consoling me. Dave had been one of the most popular speakers in New England in the AA circuit. In fact, that is what got him into comedy. He was so funny! While telling his story, he was repeatedly encouraged to try comedy. He finally did and quickly climbed the ranks in the Boston Comedy world. He eventually found himself doing USO tours and landing a spot on the T.V. show Caroline’s Comedy Hour.

During that conversation, Dave told me that one of his friends in AA had said to him, “Dave, it’s just not fair, you cleaned yourself up and got yourself sober. It’s just not fair. Why you?” I can still hear Dave’s response with his infectious laugh and gravelly voice. He laughed and said, “Why not me?” He went on, “Why should I get any special treatment? Thank God I sobered up and got healthy so I could be strong enough to fight this.” Wow!

Even though logically, we may know it is not healthy to have those thoughts, they do not empower us. Dave’s wisdom has stuck with me for all of these years. Others may be given the same struggle we have been given, but yet lack the resources, friends, and assets we have to overcome them. As many motivational mentors have said, it’s not having the thought. It’s what we do next after that thought that matters. It is what we dwell on to overcome the troubles that come our way that get us through.

Such a powerful question, “Why not me?” Then surround yourself with positive people, resources, and ask for help. Many people love to help, but they lack ESP. One other thing that Dave taught me was to let people help. Your friends need something to do to help. We need to let them and give them some direction. Dave started creating a list and kept it by the phone and asked for help because he realized his friends needed to do something.

Dave tells a great story of the day he came out of the hospital after his surgery. Please take a few minutes to hear him tell his story. It may make you smile, laugh, and feel inspired. (This comes from a documentary we made about his journey. The footage may be older, but so is the wisdom. Enjoy.)