Be a Sponge: They Called Him S.A. 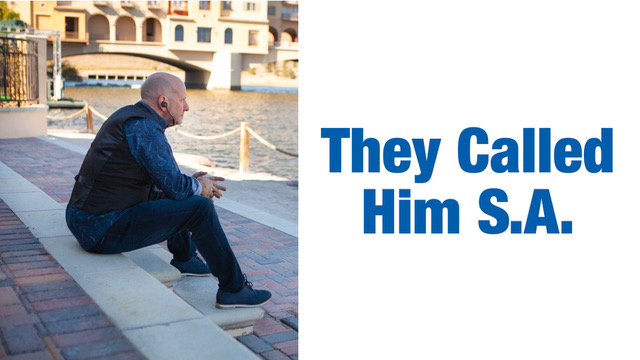 They Called Him S.A.

Who have you known to be the person who made everyone smile by just walking in the room? You know, the person in your life who has a contagious energy that makes the whole world brighter. Who has been that real life, Tigger? Yup, Tigger is one of my favorite cartoon characters. I wanted to be more like him. I bet you are picturing that person you know right now.

College was a cool time in my life. Even though I was an introvert, Bryant College, a small business school in Rhode Island, provided a great backdrop after high school. Leaving high school behind was a bit scary at first for an introvert. The new friends I met were just what I needed. It was wiping the slate clean from my own nerdy high school years. 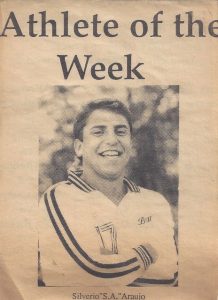 That was where I met Silverio Araujo. Everyone called him S.A. His smile was contagious, and he had a way about him that even made the outsiders feel welcome. As a wallflower, he went out of his way to make me feel like one of the gang. It wasn’t just me, though. He had that way about him.

He was born in Portugal and grew up playing soccer. It showed. When he was out on the field, he was always one step ahead of everyone else. It was like they were playing in slow motion. It almost didn’t seem fair to the other players. He was a master. I was not really a fan of watching soccer, but S.A.’s grace on the field made it magical. I’m sure you’ve seen someone who was a master at their craft. It’s poetry and beauty when the master strikes the chord, as only they can.

It reminded me of being a kid and watching that NFL film of Walter Peyton in slow motion to the Carley Simon song, Nobody Does it Better. I just found myself in awe. His humility was inspiring at the same time. Just wow! He was an All-American athlete and held a school record. That was cool, but I just loved watching him in his element. As I write this, I’m smiling right now, and I hope you are smiling as you think of your Tigger. S.A., just being who he was, made my days at college better. He made me feel important and seen.

After graduating from college in 1989, S.A. married his college sweetheart, and life looked great. In January 1992, while visiting his sick grandmother in Portugal, S.A. unexpectedly died in his sleep. I thought, “What?” It just wasn’t right! Did God need him? Did God realize how he made this world brighter? He just had a child? God, how could you let that happen? A life cut short much too soon. It affected me deeply. I did not realize how his passing would inspire me to do more and be more on my journey.

As a believer, I often have to remind myself that God’s got this. He knows better than me. There will be a reason to show us maybe tomorrow, maybe not for years, but I usually get it later on. I love those reminders because they help me cope with today’s things that I do not understand.

What did you take from this?

Remember, His ways are not our ways.

Often it won’t make sense and does not seem fair. If you ever realized something terrible happened for a good reason, keep in mind it will happen again. We can’t let it stop us. We need to keep moving forward despite understanding. As God said, rely not on your own understanding.

How about you? Have you had things happen or seen things that make you wonder about God? As He tells us, His ways are not our ways. As an underdog, we must cling to this and remind ourselves. We have our purpose. God works through us and those we come to meet on our journey.