Be a Sponge: Are You Comparing Your Journey? Do & Don’t! 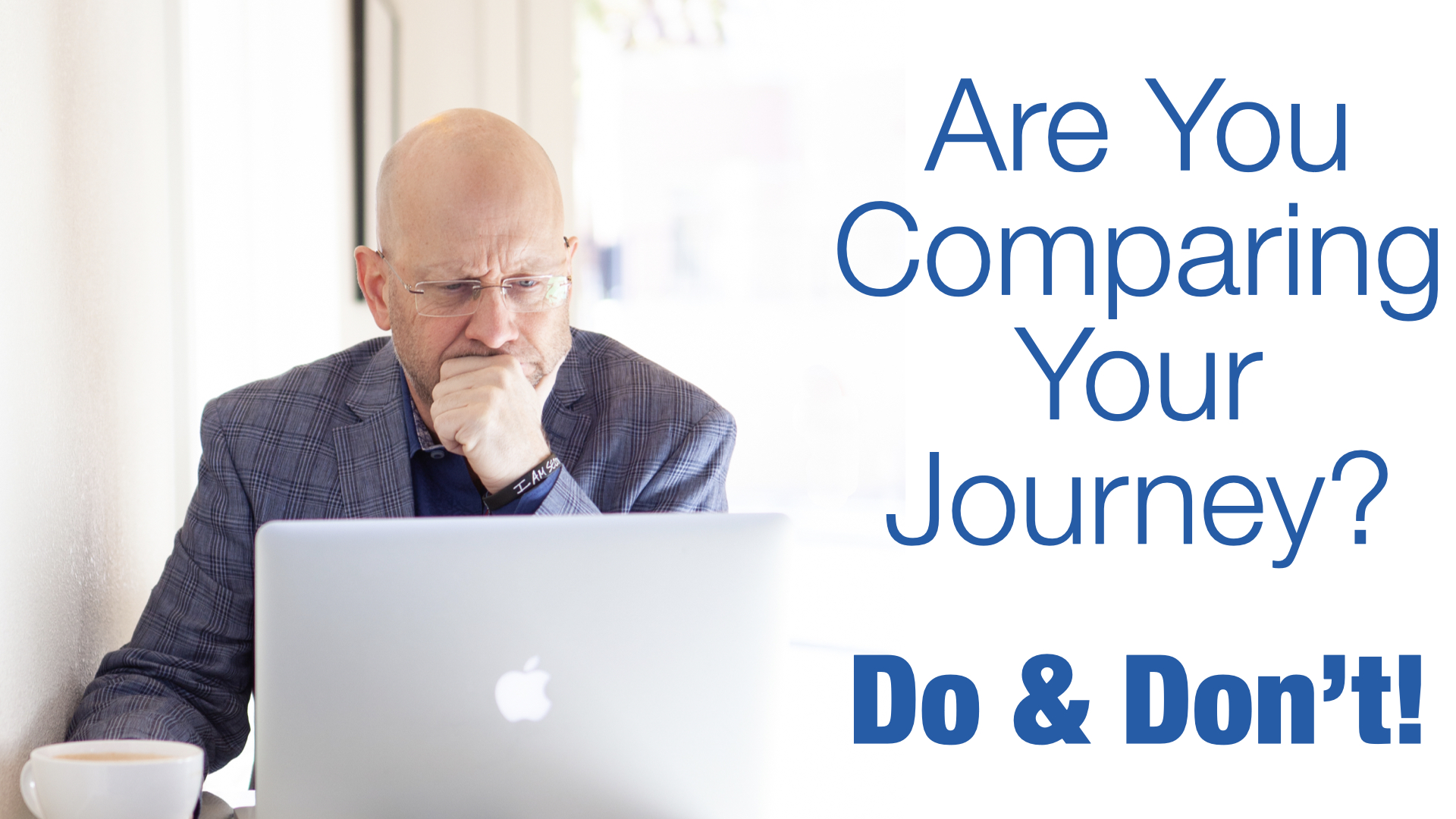 Do and don’t! What? I’ll explain it! You may have heard this story before, but there are different points and something I’ve not revealed. Please get this because it is about your life, goals, and journey!

It was 1993, and it was a year and a half into my career. I was on a mission to get on stage anywhere and everywhere I could, taking to heart the number one habit my mentors had taught me; stage time. It was an open mic night at the Comedy Connection in Boston. I sat in the back of the room at the bar with my mentor Vinnie. I had just gone up on stage and received a few mild laughs in my five minutes on stage. It wasn’t much, but I was happy that my mentor had witnessed my progress and the laughs I did get.

Then it happened. The host introduced someone who was going on stage for their very first time. After doing this for a year and a half, I felt terrible for the new guy, Gary. He has no stage time. I thought maybe I could encourage him after.

Wow, he had confidence! He had a presence! Gary got some laughs right away. Small laughs and then some huge laughs! The audience loved him! He got laughs for his entire set. What? He “killed” as it’s called in standup.

Now, I became jealous. Then my emotions turned to disgust. I was disgusted with myself and my lackluster results after over a year of getting on stage as often as I could. I thought about my late-night drives to Boston and Maine to get on stage for five minutes! It’s his first night!

Then doubt set in. Maybe I’m just not cut out for this. Maybe my naysayers were right. Maybe, I’m wasting my time! I turned to Vinnie and asked, “How do you know who is going to ‘make it?’” He quickly replied, “That’s easy! Whoever keeps going.” Vinnie then reminded me that it was his first night. Sometimes magic happens on the first night. Sometimes that can be the kiss of death because the second time on stage might not be as magical as the first.

A decade later, upon reflection, I realized I was comparing my journey to Gary’s journey. Do and don’t! Don’t compare your journey to anyone else’s. It’s not fair to you or them. You bring entirely different experiences, talents, and efforts to your journey, while others will bring different experiences, talents, and efforts to theirs. All of us will develop in different areas and at different rates. Some will be better sponges to mentors than others. All you can focus on is what you do today to up your journey tomorrow. Don’t overcomplicate it. Just do something better today!

Do compare your habits to those who are growing quickly. Better habits will yield better results. Figure out whose trajectory is rising swiftly, asking what they are doing, what courses they are taking, and what books they are reading.

Who was that comedian at the open mic night? What happened to him? His name is Gary Gulman https://garygulman.com. He appeared on Late Night TV like Conan, Netflix, and his own HBO special, The Great Depresh. He’s successful, funny, and I love that he even tackles mental illness, making it hilarious and inspiring.

My journey could not be more different from Gary’s. I completely changed lanes in 1998. I let go of my journey to have my own comedy special and appearance on Late Night TV. You could say I failed. I never even become a headliner. Remember how I mentioned you bring your experience with you. Well, my experience as a comedian was a critical foundation for my speaking journey. One joke I wrote in 1992 ended up in my Championship speech in 2001. The cool thing about experience is it comes directly from a choice you make. You take all of your experience with you on your journey, no matter which path you choose.

Don’t compare your journey to some else’s. Do seek out those who are growing and discover their habits and mentors. Remember Vinnie’s reply to the question about who is going to make it. He said, “That’s easy! Whoever keeps going.” Will you?